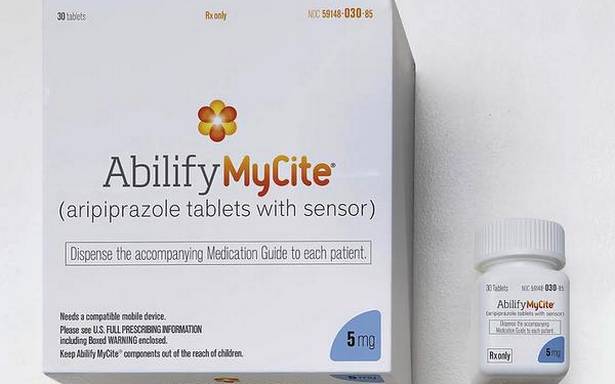 The U.S. Food and Drug Administration (FDA) recently approved a digital pill embedded with a sensor designed to inform physicians whether their patients are taking their medications. The federal approval marks a growing trend towards addressing drug non-adherence among patients, according to a New York Times report.

The pill, called Abilify MyCite, is a modified version of Otsuka Pharmaceutical’s drug Abilify that is used in the treatment of schizophrenia, bipolar disorder, and depression. It is equipped with a small tracking device developed by Proteus Digital Health. The new tracking pill works by transmitting a message from the sensor to a wearable patch, which then sends data to a mobile app to enable patients to monitor drug ingestion on their smartphone.

Patients who agree to taking the tracking pill can sign consent forms that allow their health care providers and up to four other people including their family members to receive information about the date and time that the drugs are ingested. The technology is currently not approved for patients suffering from dementia-related psychosis.

“The FDA supports the development and use of new technology in prescription drugs and is committed to working with companies to understand how technology might benefit patients and prescribers,” says Mitchell Mathis of the FDA’s Center for Drug Evaluation and Research.

A 2014 report by the World Health Organization (WHO) reveals that as much as 50 percent of patients on prescription medications fail to take their drugs as instructed. In fact, psychiatric medicine practitioners note that taking medications between 70 and 80 percent of the time is already considered ‘good’ adherence. Experts add that noncompliance costs as much as $100 billion annually as patients only get sicker and spend more on additional treatments and hospitalizations.

The latest FDA approval has been met with ethical concerns, especially among the psychiatric circle. The American Psychiatric Association has stressed the importance of balance between psychiatric care and patient privacy. Likewise, an expert has cautioned that the new tracking pill may boost drug adherence but may also be doomed to backfire due in part to trust issues. Dr. Peter Kramer, a psychiatrist and the author of “Listening to Prozac,” also warns that the new technology seems coercive despite being technically ethical. (Related: Talk to the voices: Unconventional yet obvious ways to heal schizophrenia and average mental mayhem.)

“Psychotic disorders are often characterized by some degree of paranoia, often reaching delusional proportions, in which patients may believe that outside forces are trying to monitor and control them, including controlling minds or bodies or harm them in some way. The idea that we’re giving this group of patients a pill that, in fact, transmits info about them from inside their body to the people that are involved in their treatment almost seems like a confirmation of the worst paranoias of the worst patients,”  says Dr. Paul Appelbaum, director of law, ethics and psychiatry at Columbia University’s psychiatry department.

What this article isn’t saying is that these tracking devices can change your DNA!!!  You’ve been warned!

Online faith based help for your drug & alcohol recovery is available at VictoryRetreatMontana.com.  Check us out!