I’ve been writing about organic and non-gmo for health for years now.  In our ministry, we include health coaching along with our addiction coaching because bad foods cause depression and disrupts the mind and thought patterns.  Once again, my message is that if you don’t eat or drink organic and non-gmo, you WILL get sick and diseased with cancer, heart disease, mental illness, immune disorders, obesity, diabetes II, and much much more!  It’s your life – your choice; however, if you choose to consume gmo’s, factory farm foods, ‘natural’ foods, and non-organic foods, it’s not a matter of ‘if’ you will get sick, it’s ‘when’.  Why are you committing yourself to a life of suffering and slavery to doctors and hospitals?  Why would you rather pay the doctor and hospitals for medical procedures than pay for organic?  Why would you want to pay for pricey medications rather than organic food?  Why do you spend your money on soda and diet soda, fruit drinks like OJ, and other high fructose/high sugar drinks laden with chemical additives?  Why are you committing slow suicide?  Do you enjoy suffering and paying your doctor and big pharma?  Are you being duped into buying foods and meats that say, ‘natural’?  ‘Natural’ foods and drinks are also laden with nasty chemicals and are NOT safe or organic.  ‘Natural’ meats are still from dedly factory farms.  Eating in restaurants is killing you because if they don’t have certified organic foods, then their meats are from factory farms, it’s deadly!  Personally, I just don’t get it.  If you buy something ‘cheap’, it’s a given that it’s harmful to you. What is it going to take to eat healthy to be healthy?  People complain about being sick, but they won’t change their ways, so it’s no surprise that you’re sick.

Also understand that mixing healthy with the unhealthy causes the healthy things you do and eat to be unhealthy.  It has to be 100% healthy & organic everything for you to be safe and healthy.  If you’re sick, can you reverse it?  I certainly believe it’s possible IF you do ALL the right things starting now.  Do you have sugar or artificial sweeteners in your house?  Put them in the garbage now!  Do you have processed foods?  Throw them out!  Do you have sodas or fruit juices of any kind?  Toss them this minute!  Do you have non-organic foods or gmo’s?  Put them ALL in your garbage can!  Does your meat say, ‘natural’ with out a certified organic label?  Get rid of it immediately!

The above all said, please read this balanced and informative article below. 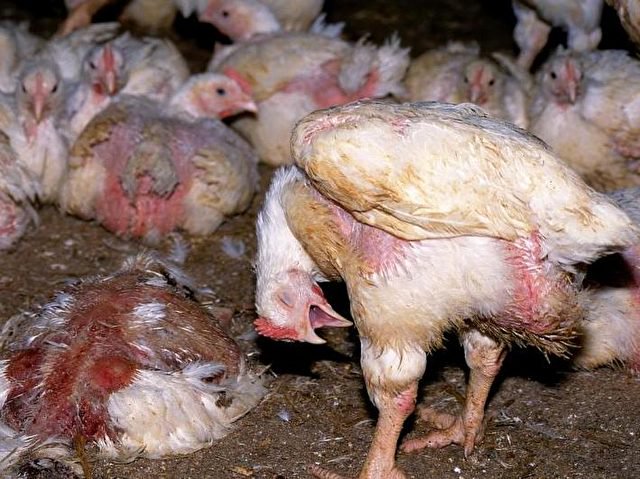 The above pic is representative of how you are being duped by labels in your store that say ‘natural’!!!  It’s abominable!  Don’t buy ‘natural’, only buy ‘certified organic’.  Always look for the authoritative certified organic label!  The only thing natural about the above chickens, is that they were born chickens.  When you eat disease, you become diseased.

After decades of chemical-intensive agriculture, factory farms and genetically modified organisms (GMOs) in our food, and an ongoing war against natural systems and traditional knowledge, America’s rural communities, environment and public health are rapidly deteriorating.

Unfortunately, the U.S. Congress and the White House, aided and abetted by collaborators north and south of the border, are still dishing out their standard culinary message: Shut up and eat your GMOs.

Agribusiness, the Farm Bureau, and an army of public relations flacks want us to stop complaining. They want you to believe that if we work together — farmers and consumers — we can make Fast Food Nation great again. Just follow the example of our corpulent commander in chief in the White House: Chow down on a juicy Big Mac today, and every day. Keep the faith in America’s industrial food system and Monsanto’s minions — indentured scientists, politicians, dieticians, regulatory agencies and the mass media.

Without going into the alarming damage of industrial agriculture to our environment, climate and social fabric, which you can read about in the essay “Degeneration Nation 2018: The Darkest Hour,” let’s focus on the impact of America’s degenerative food and farming system on public health.

The U.S. now spends more money on so-called health care than any other nation on Earth — $3.5 trillion a year. Yet, public health continues to deteriorate. This degeneration arises not only from an increasingly toxic environment laced with 84,000 industrial and agricultural chemicals, but via the cheap, unhealthy grub featured in supermarkets and dished up in restaurants, schools and institutional settings.

Even the government admits that: “About half of all American adults — 117 million individuals — have one or more preventable chronic diseases, many of which are related to poor quality eating patterns …” Approximately 85 percent of Americans do not consume the U.S. Food and Drug Administration’s recommended intakes of the most important vitamins and minerals necessary for proper physical and mental development.

The fact that organic produce contains significantly more antioxidants than chemical food is especially important given that higher levels of antioxidants are associated with reduced risks for chronic diseases, including heart and brain disease and certain cancers.

Since the advent of industrial agriculture and GMOs, the nutritional value of foods, including important trace minerals and micronutrients, has dramatically declined, in large part due to the degradation of the soil from heavy tillage, chemical fertilizers and pesticides. In contrast, healthy microbe-rich soil associated with regenerative (soil-centered) organic practices, produces crops with higher levels of nutrients. As Dr. Mercola has previously pointed out:

“The sad fact is, most of the food consumed by Americans today is not real food — it’s genetically engineered, saturated with pesticides and added chemicals, and processed in a number of different ways. Many are so used to prepackaged foods, they struggle to understand what real food is.”

According to the Centers for Disease Control and Prevention, 87 percent of Americans don’t eat the USDA-recommended 1.5 to 2 cups of fruit per day; 91 percent do not consume the recommended 2 to 3 cups of vegetables per day.  And, assuming the average person did consume these recommended amounts, unless these fruits and vegetables are organic — or better yet organic and regenerative — even the USDA admits that conventionally grown (i.e., nonorganic) vegetables and fruits contain far less nutrition than their counterparts 50 years ago. National Public Radio cited a nutrition expert:

“‘We have a serious disconnect between agriculture and health policy in our country,’ said Marion Nestle, a leading nutrition researcher and author at New York University. ‘The USDA does not support ‘specialty crops’ [like vegetables] to any appreciable extent and the Department of Commerce’ figures show that the relative price of fruits and vegetables has gone up much faster than that of fast food or sodas.’

So while Americans are told to eat fruits and vegetables for their health, the government has meanwhile mostly just subsidized other crops that end up in cheaper, less healthy processed food. ‘Price has a lot to do with this,’ she adds.'”

America’s appetite for cheap meat and animal products has spawned an intensive confinement, factory farm system of production that not only makes us sick, but pollutes our water and air, exploits workers, is causing an antibiotic resistance crisis and is unconscionably inhumane.

The public health and economic consequences of our degraded environment and food system are alarming. A recent Rand Corporation study found that 60 percent of Americans are now suffering from at least one chronic health condition such as heart disease, cancer, diabetes, obesity and arthritis; 42 percent have two or more, and that these chronic diseases now account for more than 40 percent of the entire U.S. health care spending of $3.5 trillion.

As indicated earlier, most of these chronic diseases are attributable to toxic food or other contaminants in our environment. One of every 2 Americans are now expected to come down with cancer in their lifetime. According to recent research, U.S. men born in 1960 have a lifetime cancer risk of 53.5 percent. For women, it’s 47.5 percent.

Seventy percent of U.S. drinking water is now contaminated with Monsanto’s top-selling herbicide, Roundup, and 93 percent of consumers have traces of this toxic poison (active ingredient glyphosate) in our urine.

Today in the U.S., 1 in 13 children has a serious food allergy; 6 to 24 percent have serious intestinal problems; 20 percent are obese; 60 percent have chronic headaches; 20 percent suffer from mental disorders and depression; while 1 in every 41 boys and 1 in every 68 girls are diagnosed with autism.

But now is not the time to sit back and just be satisfied with what we’ve accomplished. We must build on our success and ride our momentum to a future where organic and regenerative food and farming are the norm, not just the alternative. Here’s what we need to do next:

Credit for the above article goes to Dr Mercola and his original article can be viewed HERE. 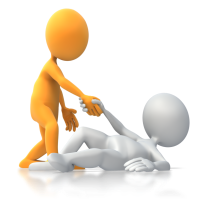 Faith based recovery that is compassionate, empathetic, transformational, non-12 step, without disease theories, individualized, and delivered to you online and by phone – with 24/7 support that continues for life! Please CLICK HERE to remove yourself from the revolving door rehab madness. Get a permanent solution, not a temporary fix. Don’t you deserve that?