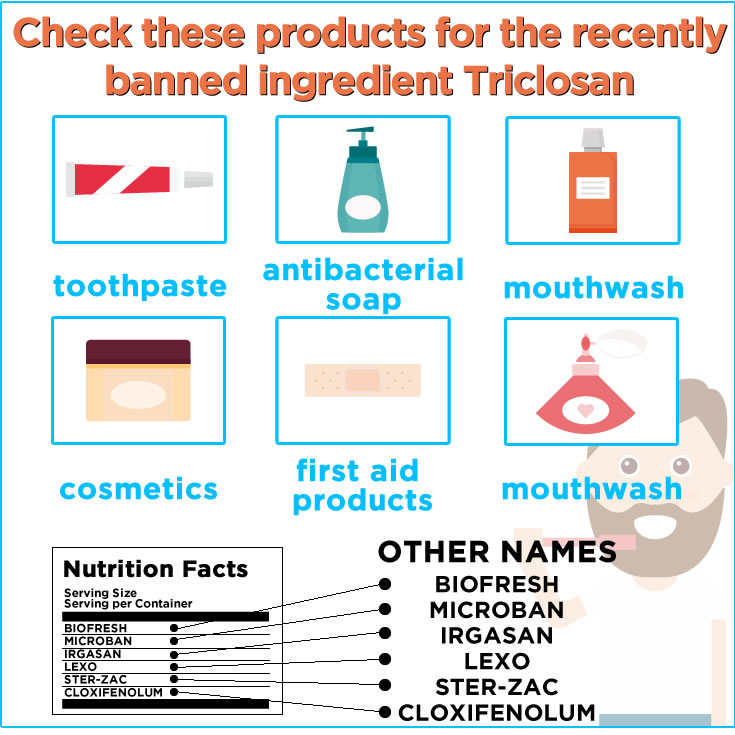 Triclosan is a “super chemical” meant to fight the spread of germs, but with the emergence of drug-resistant superbugs, the question is whether it really fights the good fight or just creates bigger problems. The answer is pretty straightforward. Triclosan is a major player when it comes to the problem of antibiotic resistance, which is becoming more common and more deadly with each passing year.

Are you wondering what triclosan even is? It’s a potent wide-spectrum antibacterial and antifungal agent used in many household products today, such as hand soap, toothpaste, toys, bedding and beauty products. It fights against surface bacteria to help eliminate the spread of disease and infectious agents.

This chemical was first brought to market in 1969 by the drug company Novartis for hospital use but was soon spread to the consumer market en masse. The chemical compound, which is an organic polychloro phenoxy phenol, breaks down to a dioxin when used in products after targeting bacteria through fatty acid synthesis.

Recent studies have suggested it has numerous and severe adverse health and environmental risks, especially after the compound degrades to dioxin. There’s now mounting efforts to issue a triclosan ban in the U.S. because of these risks, and many companies are discreetly reformulating their products that contained the dangerous compound.

Dangers of Triclosan
Instead of mouthwash, why not just grab a can of agent orange to rinse that morning breath away? That sounds ridiculous, doesn’t it? But that’s close to what you’re doing when you use mouthwash and other products with triclosan. Yes, the notorious chemical used in the Vietnam War is a compound cousin of triclosan!

The dangers of triclosan have been studied more and more in recent years, and the evidence is mounting of its negative effects on humans, animals and the environment. The midcentury chemical skirted under the Toxic Substances Control Act (TSCA) in 1976, as all chemicals in use prior to the act were able to be grandfathered in, something many activists point to as indicating the ineptitude of many regulations and the agencies that enforce or appoint them.

In fact, the U.S. Environmental Protection Agency (EPA), which enacted the TSCA, grandfathered in the already existing 60,000 chemicals that were on the market in the late 1970s. To make matters worse, the EPA only tested several hundred of them and only deemed around five to be semi-regulated. There are over 80,000 chemicals to date that have never been tested by the EPA and are deemed safe to use in products!

There’s no good reason to use products containing triclosan. One of the most common ways it’s likely in your life is through the use of antibacterial soap. But antibacterial soaps are no more effective than conventional soap and water!

Forty-two years of U.S. Food and Drug Administration (FDA) research (along with countless independent studies) have produced no evidence that triclosan provides any health benefits as compared to old-fashioned soap. If that’s not reason enough to stop using antibacterial soap and other triclosan-laced products, then read on to learn more about the many possible health problems this chemical compound contributes to.

The hormonal effects impact the entire endocrine system, from vital organ growth and response to the release of essential chemicals in the body, making this dangerous substance an endocrine disruptor.

A 2013 Norwegian study looked at the effect of triclosan on 10-year-old children. The study found that triclosan concentrations in urine samples were associated with allergic sensitization, especially inhalant and seasonal allergens, rather than food allergens. The study found that triclosan levels measured in urine were associated with elevated levels of immunoglobulin E and rhinitis (blocked nose/hay fever) in the 623 children studied. Studies in the U.S. have yielded similar results.

One study showed that long-term exposure to triclosan on rats caused liver damage, including cases of liver cancer. The carcinogenic properties of the degraded compound in conjunction with its interaction of reducing positive bacterial flora is highly concerning for cancer growth.

It has been found in fish, dolphins, marine worms and even earthworms. The fact that scientists have found triclosan in dolphins that swim off the East Coast of the U.S. shows that it’s really getting deeper into the environment and moving through the ocean’s food chain. (8) It’s also been detected in the Great Lakes, increasing water toxicity.

Triclosan-Containing Products
We live in a world currently suffering from a serious case of antibacterial overkill. There are many products on the shelves today that contain triclosan, but remarketing efforts have manipulated labels so you can’t just look for “triclosan.” Companies have labeled the chemical catchy words like “BioFresh” and “MicroBan,” as well as Irgasan, Lexol, Ster-Zac and Cloxifenolum. The umbrella of products that contain the chemical is growing, including bedding, cutting boards and even workout clothes.

Some popular brand names that use it in some or all of their products include: Colgate, Arm and Hammer, Queen Helene, Garden Botanika, Reach, Tea Tree Therapy, CVS, BioFresh and more.

Triclosan Ban
Even if you have been careful in avoiding the toxic chemical in your household, you probably have come in contact with triclosan in some aspect of your life. In fact, a recent government study showed that triclosan is present inside 75 percent of Americans! The massive exposure mixed with concerning effects has led it to be considered for a ban by several groups and lawmakers.

Triclosan was first issued a patent in 1969, not for fighting bacteria, but as a pesticide! Now that a ban is being considered, many manufacturers are fighting back due to the nearly $370 million cost that would be assumed by the manufacturers. Some companies, such Henkel Corp., which makes Dial, Johnson & Johnson, and Proctor & Gamble products, are pre-empting the regulation by replacing it or taking it out of their products altogether.

House Rules Committee Chairwoman Louise Slaughter is now urging triclosan to be banned, stating that triclosan is “clearly a threat to our health.” In a letter written to the FDA, she outlined the various hazards of the chemical, as well as some of the cost-related issues and regulatory concerns that are related to the production, usage and health-related expenditures of products contain triclosan.

New York State Representative Tim Kennedy is also now calling for products containing triclosan to be removed from the shelves. He’s primarily concerned with the effects it has on water supplies, as his district is near Lake Erie.

Triclosan Side Effects
When you use a product containing triclosan, you can absorb a small amount through your skin or mouth. Triclosan side effects are similar to their dangers. Immediate side effects for triclosan toothpaste and other triclosan products are endocrine-based, as well as epidermal.

Triclosan is also a lipophilic. That means it stores itself inside fat cells in your body and can manifest itself in breast milk, urine and blood. These can lead to long-term and chronic side effects.

Triclosan destroys good bacteria and T-helper cells. Bad bacteria’s longtime exposure to the triclosan has allowed adaptation for the germs. The widespread use of triclosan has led to the rise of superbugs that have become resistant to the chemical and have caused epidemic level sickness and diseases — and even antibiotic resistance — as well!

Triclosan has also been linked to muscle weakness. When University of California at Davis researchers exposed the individual muscle fibers of fish and mice to triclosan, they found it impaired the normal contraction mechanism of muscle fibers. Both skeletal and cardiac muscle no longer operated normally, and this was true when the mice and fish were tested themselves or their muscle fibers were examined individually in a test tube. Mice also showed up to a 25 percent reduction in heart function measured within 20 minutes of exposure to triclosan.

Experts say these animal studies should serve as a warning to humans of potential dangers of triclosan exposure.

“This is an interesting and potentially concerning finding,” said Dr. Philip J. Landrigan, dean of global health in the department of preventive medicine at the Mount Sinai School of Medicine in New York City. “Many synthetic chemicals now known to be toxic to humans were first recognized as toxic in animal studies.”

Superbugs are now a major problem, which are a direct result of triclosan usage. Several years ago, antibiotic-resistant bacteria generated $16.6 billion to $26 billion per year in extra costs to the U.S. health care system. That cost will only continue to grow as triclosan’s usage continues.

But the financial consequences pale in comparison to the major health consequences triclosan-containing antibacterial products can have on our own health, the health of future generations, our environment today and the environment of the future. I hope this article makes you think twice the next time you are tempted to buy a product containing triclosan.

The above article source is HERE.

One thought on “Triclosan: Is this Hazardous Toxin in Your Toothpaste, Beauty Products, Soap & Toys?”

Some of my most recent Followers & Likers today 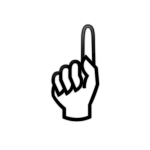