s drugstore chains embrace products with traces of CBD, two recent reports in prominent medical journals point out the dangers of the other familiar component of cannabis, THC. An article in Lancet Psychiatry strengthens the link of THC to psychosis, and one in Annals of Internal Medicinechronicles people ending up in the emergency departments of hospitals after indulging in edibles. The news media picked up the edible-ED story, the psychosis one not so much.

From 2012 through 2016, the University of Colorado Hospital saw a more than 3-fold increase in cannabis-associated ED visits. Edibles, which became available there in 2014, were disproportionately represented in those visits – 10.7 percent due to edibles, despite making up only 0.32 percent of total cannabis sales. 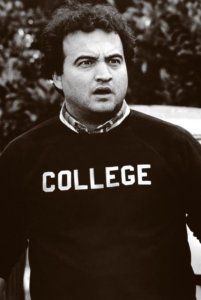 “College night” at our small home on Martha’s Vineyard had gone according to plan, at first. Just before Wendy and I set out the dishes of Kraft mac and cheese, Ramen noodles, and hot dogs, we’d shared, with another friend, Lori, a small pot brownie. We didn’t mention this to my husband Larry nor Lori’s, Will. Wendy’s husband, wisely not in attendance, had supplied the treat, assuring us that the one square we split three ways was sufficient for one person.

All was well for about a half hour. And then the world suddenly tipped.

The next thing I knew, I was on the floor, surrounded by my beloved stuffed animals that Larry had thrown around me for comfort. Instead, they terrified me. Lori, meanwhile, had floated to a bench outside, where she was watching blades of grass mushroom towards her, becoming towering pines. She was petrified. Wendy approached Lori, her nose telescoping out as her feet curled up. She had become the Wicked Witch of the West, perhaps because she was standing precariously close to the edge of the house.

Wendy reported the source of the sudden hallucinations to befuddled Larry and Will. My extreme response must have been because my cannabinoid receptors had received exceedingly sparse stimulation since high school. They were reawakening – to a bludgeoning dose delivered a different way.

Back in the living room, where I sprawled on the floor, still flinging away the threatening stuffed hippos, I became convinced I was about to die and shrieked for someone to call for help. Larry nicely pointed out that calling the cops, in these pre-recreational-ok days, was probably not a great idea. But apparently I persisted.

Wendy and Ricki about to embark on an excellent adventure (a Phish show) at which cannabinoid receptors would be stimulated.

Soon a beautiful EMT with long chestnut hair was in my face. She was Kate Middleton before she became Catherine, Duchess of Cambridge, and popped out three little heirs. I went along with Princess Kate because I so wanted to meet the rest of the royal family.

In the ambulance ride, I’m told, Lori threw a fit when asked for ID, babbling about government conspiracies until I told her to shove it. Somehow, we arrived at the hospital, and the next thing I knew I had an IV and ED staff seemed to be giggling in the background. I caught snatches of “another one” and “old hippies.” The IV was inserted to treat “dehydration,” the protocol for this sort of thing, lacking an ICD-10 code for what had transpired.

So there I lay in a white room with bright lights. Then Larry’s phone wailed. It was Sarah, just checking in with her boring parents. Larry filled her in.

I was puzzled at her confusion, certain I’d communicated telepathically, perhaps because she’d given me THC-laced Swedish fish to help me through surgery recovery a year earlier. I was in and out of consciousness, so I don’t know what happened next, but apparently the news spread quickly to our other daughters. One had just gotten engaged and the report instantly established my popularity among her half dozen new in-laws. They still smirk when they see me.

So much for college night. I’m terrified to think of what could happen should a young child come upon some nice THC gummies and sample a few.

My pot smoking had been nearly entirely in the late 1960s to early 1970s. I had no idea that since then, the percentage of THC has leaped from a few percentiles to more than 20 percent, as high as 65 percent if vaped. What’s more, little is known of the dose-response curve. Is it linear? Or more? And what about dosage in edibles?

It turns out that quite a lot isn’t known about the effects of cannabis components on human physiology.

I’m not the only one discovering that the innocuous joints of our youth are not at all the same as the myriad forms of Cannabis sativa ingested today.

In the January 14, 2019 New Yorker, Malcolm Gladwell tackled the topic “Is Marijuana as Safe as We Think?” Gladwell is a great writer, but famous for co-opting the work of others into his columns (a little like I’m doing now). This piece was inspired by a new book by Alex Berenson, “Tell Your Children: The Truth About Marijuana, Mental Illness, and Violence.”

Gladwell also scrutinized a 2017 tome, “The Health Effects of Cannabis and Cannabinoids: The Current State of Evidence and Recommendations for Research,” from the National Academy of Medicine. He boils the report down to a list of common medical ills and then “insufficient evidence” to link them to cannabis.

Related article:  Brains of fetuses could suffer from exposure to marijuana

One clear conclusion from the study though: “cannabis use is likely to increase the risk of developing schizophrenia and other psychoses; the higher the use, the greater the risk.”

Gladwell tracks the lockstep increase of schizophrenia and cannabis use in various places, including Finland, Denmark, and the US. He points out the rise in violent crime in Washington state following approval of recreational use in 2014, but that’s just an association. For now.

It’s easy to follow up on Gladwell’s work. For “THC and schizophrenia,” Google Scholar spits back 25,000 hits. The medical literature is substantial and goes back decades. The science isn’t new – the availability and dosage are.

The findings reported in Lancet Psychiatry come from the EU-GEI project, a consortium seeking to identify, over a 5-year period, the “genetic, clinical and environmental determinants involved in the development, severity, and outcome of schizophrenia,” which is one cause of psychosis.

The researchers examined the variation in the incidence of new cases of psychotic disorder at 11 mental health facilities in England, France, the Netherlands, Italy, Spain, and Brazil. The investigation included 901 people who smoked cannabis, stratified by frequency and proportion of time smoking low or high THC weed, and 1237 controls. It spanned 2010 to 2015, and differs from other studies that assessed psychosis in people already diagnosed. As far as I can tell it didn’t deal with the brownie route of exposure.

The findings were astonishing.

Daily-users compared to never-users showed a 3.2-fold increase in first time psychosis, which jumped to 5-fold for those smoking high potency product. 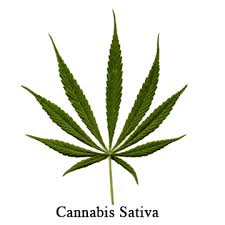 The researchers measured “population attributable fractions,” which echo the ease of acquiring high-potency cannabis in different places. The calculations revealed that if high potency cannabis had not been available, then first-time psychosis would have been reduced by 12.2 percent overall, but by 30.3 percent in London and 50.3 percent in Amsterdam, where high potency cannabis is readily available. If daily use stopped, 20 percent of cases would vanish overall. Put another way, rates of psychosis quadrupled for those who smoked high potency pot overall, reaching a 5-fold increase in London and 9-fold in Amsterdam.

The conclusion is crystal clear: The danger comes from daily use of high potency cannabis.

“Our findings are consistent with previous studies showing that the use of cannabis with a high concentration of THC has more harmful effects on mental health than the use of weaker forms. They also indicate for the first time how cannabis use affects the incidence of psychotic disorder at a population level,” said lead author Marta Di Forti, from the Institute of Psychiatry, Psychology, and Neuroscience at King’s College London, UK, in a news release. Considering the adverse effects is imperative as the legal status of cannabis changes in many countries, she added.

But could people dependent on daily high-dose cannabis already have psychotic tendencies and are self-medicating? Possibly.

In a commentary in Lancet Psychiatry, Suzanne H. Gage, from the University of Liverpool, points out that studies so far do not demonstrate one-way causation:

It is possible that the association between cannabis and psychosis is bidirectional. This study adds a new and novel design to the evidence, which consistently indicates that for some individuals there is an increased risk of psychosis resulting from daily use of high potency cannabis. Given the changing legal status of cannabis across the world, and the associated potential for an increase in use, the next priority is to identify which individuals are at risk from daily potent cannabis use, and to develop educational strategies and interventions to mitigate this.

For those who dislike Google Scholar, medical journals, government agency tomes, or The New Yorker, try “I Smoked a Joint and It Sent Me To The Psych Ward,” by Simone Banks or “Horrible Side Effects of Marijuana That People Never Talk About,”by Julia Mullaney. She lists possible consequences of reliance on cannabis:

Bottom line: Evidence is building of the dangers of frequent intake of high doses of THC. If you value your brain cells, stay away.