In recent years, researchers have discovered glyphosate, the active ingredient in Roundup and other common weed killer formulations, may affect your body’s ability to produce fully functioning proteins, inhibit the shikimate pathway (found in gut bacteria) and interfere with the function of cytochrome P450 enzymes (required for activation of vitamin D and the creation of nitric oxide and cholesterol sulfate).

Glyphosate also chelates important minerals; disrupts sulfate synthesis and transport; interferes with the synthesis of aromatic amino acids (shikimate pathway) and methionine, resulting in folate and neurotransmitter shortages; disrupts your microbiome by acting as an antibiotic; impairs methylation pathways; and inhibits pituitary release of thyroid stimulating hormone, which can lead to hypothyroidism.1,2

Roundup has also been linked to certain cancers.3 In March 2015, the International Agency for Research on Cancer (IARC) classified glyphosate as a “probable carcinogen” (Class 2A),4 based on “limited evidence” showing the weed killer can cause non-Hodgkin lymphoma and lung cancer in humans.

So far, three lawsuits against Monsanto (now Bayer) have resulted in high financial awards as Roundup was found to have caused the plaintiffs’ Non-Hodgkin lymphomas. The most recent plaintiffs were awarded a $2 billion judgment against Monsanto.5 All of this has led to grave concerns about glyphosate residues in food.

We’re now also realizing that genetically engineered (GE) foods are not the only source of this contaminant. Most conventional, non-GE crops are also contaminated, as are some organics. The reason for this has to do with the fact that glyphosate is commonly used as a desiccant or drying agent to speed up harvesting.

But that’s not all. Other desiccants may also be causing problems. As a whole, evidence suggests we need to be extremely cautious in our choices of plant-based foods, sticking to organics whenever possible, especially when buying high-lectin foods such as beans, peas and potatoes, as research shows the desiccant paraquat becomes exponentially more hazardous in combination with plant lectins.

In the U.S., one of the registered desiccants is Reglone.35 The active ingredient in this desiccant herbicide is diquat, which like paraquat is chemically identified as a dipyridyl.36 Stated product benefits include maximized pea and lentil yield, more scuff resistant potato skins and easier potato harvesting.37

According to the National Pesticide Information Center,38 “diquat poisoning is less common than paraquat poisoning … In animal studies, diquat causes mild, reversible injury to type I pneumatocytes but does not injure the type II cells.” Since it’s considered less toxic than paraquat, diquat is not registered as a limited use herbicide.

However, evidence suggests diquat may still have similar risks as paraquat. As noted in a 2015 study39in the Archives of Toxicology, diquat causes cell death by producing reactive oxygen species independently of the mitochondria, and appears to be quite hazardous to brain tissue. According to the authors:

“Evidence indicates that Parkinson’s disease (PD), in addition to having a genetic aetiology, has an environmental component that contributes to disease onset and progression …

Given its similarity to paraquat, an agrochemical removed from registration in the EU for its suspected potential to cause PD, we have investigated the in vitro capacity of the related herbicide Diquat to cause PD-like cell death.

Diquat caused cell death independently of caspase activation … with only a minor contribution from apoptosis, which was accompanied by enhanced reactive oxygen species production in the absence of major inhibition of complex I of the mitochondrial respiratory chain …

Diquat may, therefore, kill neural tissue by programmed necrosis rather than apoptosis, reflecting the pathological changes seen following high-level exposure, although its ability to promote PD is unclear.”

In January 2019, the EU confirmed it is withdrawing the approval of diquat. The final date for order and delivery of diquat products to farms is July 31, 2019, and the final date for use is February 4, 2020.40 Its use continues unabated in the U.S., however. In fact, some are recommending diquat to replace glyphosate for certain kinds of weed control.41

Hummus Lovers, Be Sure to Buy Organic

The paper42 “Use of Paraquat as a Desiccant for Early Maturity of Chickpea and Residue Dynamics,” presented at the 2019 International conference on Global Environmental Challenges Human Health and Sustainable Development conference, highlights the potential hazards of consuming nonorganic hummus and other products made from chickpeas:

“Several herbicides have been used in the agricultural fields to increase the crop productivity and grain yield through weed management. Chickpea (Cicerarietinum L.) is an important food legume crop.

As chickpea is a slow growing crop and may take approximately 5-6 months and this may further delay sowing of next crops which can be taken in the same field in summer season such as moongbean.

Hence in order to reduce days of crop maturity and to study fate of paraquat residues in soil and chickpea grains that may exist as a result of use of this herbicide on chickpea, a broad leaf herbicide, paraquat was chosen to use as a desiccant to facilitate early maturity of chickpea.

BASF, meanwhile, recommends using a mix of both paraquat and glyphosate to “sharpen up chickpea harvest results.”43 It’s no wonder then that food testing reveals concerning levels of glyphosate in popular hummus brands44 (paraquat was not part of this testing).

The highest levels of glyphosate were found in Trader Joe’s Hummus Dip (effective level 30.67 ng/g) and Sabra Class Hummus Non-GMO Gluten Free (14.35 ng/g), again proving that GMO-free is not a guarantee that it won’t contain glyphosate. As reported by Moms Across America on August 31, 2018:45

“Moms Across America has been especially concerned about the presence of glyphosate in hummus, as the consumption of hummus, fueled by companies like PepsiCo, has risen dramatically over the past five years …

Hummus is considered a healthy snack for children, a popular protein replacement for meat for vegetarians, and vegans, and is a go-to party food on college campuses.

There are at least two take-home messages from all this. First, it’s important to realize that glyphosate contamination is not restricted to GMOs. It’s a more or less universal contaminant, affecting conventional and even some organic foods as well, primarily due to its use as a desiccant right before harvest.

Secondly, the hazards of desiccation are not limited to glyphosate. Paraquat has been linked to the development of Parkinson’s disease by attaching to lectins in the foods, and questions remain as to whether diquat may have similar effects. These herbicides are considered the “best” drying option for legumes in particular, which are also particularly high in lectins.

As a result, many foods that vegetarians and vegans rely on may pose significant health hazards in more ways than one. You can reduce lectin concentration by pressure cooking, for example, but if you’re using an unclean source, you’re dealing with extra-toxic kinds of lectins.

To avoid or at least minimize these hazards, it’s important to buy organic beans, peas, potatoes and other high-lectin foods from a reputable source, ideally a local farmer you can trust. 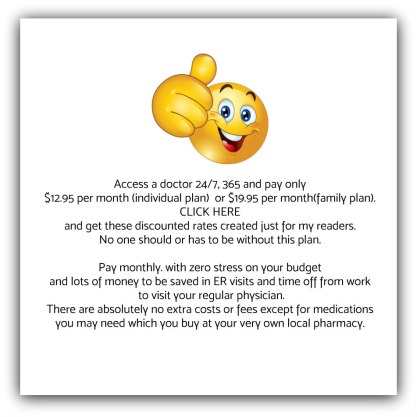