Ominous black rain fell over Japan and a handful of theories and wide speculations have been going around social media sites. From nuclear fallout and pollution to bodies of Coronavirus victims being incinerated. 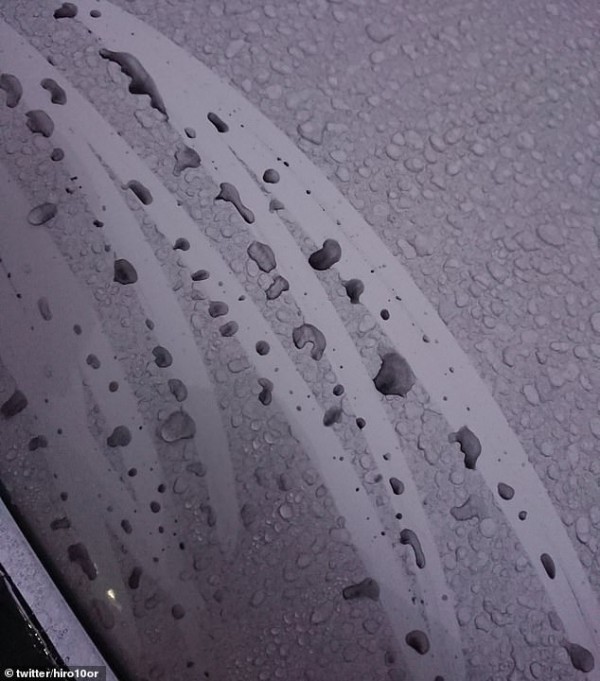 Black colored water was reportedly raining down in Saitama Prefecture

Photos of the eerie black rain started to go around Twitter on March 2, indicating that aside from Saitama, the black rain has poured a throughout Ageo, Iwatsuki ad Kuki. Officials have said in a statement according to Sora24 that they have been trying to investigate the situation after getting complaints from citizens about black puddles everywhere.

Black Rain is considered to be a very serious bad omen in Japan ever since the cataclysmic atomic bomb attacks in Hiroshima and Nagasaki. Back in The Second World War, the United States had launched and dropped the world’s first atomic bomb from a B-29 bomber at Hiroshima in August 1945.

A second bomb was also deployed over Nagasaki three days later the first incident, which resulted in 120,000 people killed overall. Some radioactive substances shot up the sky’s atmosphere and cause a “Black Rain” to fall all over some areas of the nuclear attack. 70 years later, a school uniform of a  girl who was exposed at the time of the bombing was tested and results have shown Caesium-13 which is a radioactive isotope.

However, no reports of nuclear activity have been found in Siatma but some concerns have been expressed by citizens and a number of theories have been introduced.

Speculations have grown as to what caused the Black Rain

People have speculated that the black rain came from North Korea’s nuclear missiles that were launched that day. They have also said that it may have come from a fire at a factory in Noda, Chiba Prefecture wherein the smoke mixing with the dye could have caused the blackness in color.

One also thinks that it might have something to do with the Coronavirus, saying that Japanese Authorities might be secretly burning victims’ bodies which is causing the black color of the rain. Though officials have said that nothing was out of the ordinary.

According to a reporter from SoraNews24, they have stated that  “At a time when the dispersion of information is more important than ever, it’s very unsettling that they were either unaware of the gigantic fire in their own city, or didn’t feel it was necessary to mention while people online were speculating about mass-cremations and North Korean missiles.”

The Coronavirus has been spreading throughout the world like wildfire, and this includes Japan. According to an online tracker that was created by a graduate from the British Columbia Institute of Technology, Curtis Kim, Japan has now 502 cases of the virus.

This tracker provides real-time and up-to-date data and information about the Coronavirus, including the number of cases, deaths, and recoveries in every country in the world.